If you’re looking to mark your wedding with something unconventional, then let Sanren Studio take the lead. The wedding studio, established by Rayson Lo just two years ago, is deeply rooted in the district of Batu Pahat, Johor. His team of creatives talents, aside for their incredible skill for delivering individuality, is famed for playing the tourist guide to couples who choose Sanren as shutterbugs for their big day.

Batu Pahat, encompassing a land area of some 1,873km squared, holds the ‘Shopping Paradise’ title of northern Johor. But Lo knows all the hidden, yet iconic spots for the best food, and quite possibly, the best out-of-the-ordinary pictures.

In a recent project, Sanren embarked on a series that highlighted some of the historical buildings located within Batu Pahat. Intertwining history with the modern wedding bride, Lo and his team of 10, worked their magic. Signature Weddings brings to you excerpts of the project. We feature eight iconic spots in Batu Pahat that makes for perfect yet unconventional wedding photography.

Located in Jalan Fatimah, the Tian Hou Gong Ma Zor Temple was founded in 1912. On every major festival, Lo swears there is a sense of exuberance, coupled with the smell of burning incense, at the temple which honours the Chinese sea goddess Mazu.

“Every first day, fifth and Tin Hau Festival, people will throng the temple, irrespective of their origins. They worship and pray for peace together at these festivals,” he shares.

Established in 1946, this traditional Chinese medicinal outlet is run by Zhang Guangji, 65. He took on the business after his father who was from Nanyang, China passed away. Guangji learned the trade when he was about 10 years old.

Chee Sheng Tong runs its operations within a 100-year-old building. Considering its centennial age, the building is rich in heritage. This is coupled with the fact that it retains its original features and still houses the antique furniture and household objects that were left behind by tenants.

After a history of 70-years, Shea Lee is the last hand-made rattan shop in the district of Batu Pahat. Zheng Yichang, 58, is continuing the weaving vines legacy of his father Zheng Liyong who came from China. Liyong had moved from Singapore before setting up shop in Muar. In 1947, Liyong began a joint business on Jalan Shahbandar, Batu Pahat. After the lease ran out, the business had to relocate and it found an official home on Dec 22, 1948.

Yichang’s older brother first took on the reins of the business, working closely with his two younger brothers. When Yichang was the apparent heir of the business, he named the outlet Shea Lee. With Zheng Dage, eight-feet-high lanterns and eight-feet-wide flower baskets are a standout to the business. To date, these creations can still be found at Shea Lee which is a go-to for those who want to build a modern home which incorporates a taste of good rattan fittings.

If you Google ‘Batu Pahat food’, Ah See Wantan Mee is first on the list. Zhang Yazhen and his wife first came to Malaya in 1935, from China. And that, as they say, is history.

Yazhen and his wife first started a porridge stall, really just to feed their family of 10 but he picked up making wantan noodles quickly after. Soon his wantan noodles (also called tok tok noodles) gained the recognition of the neighbourhood. Yazhen’s wife took over the operations of the store, with the help of the couple’s children. The exposure enabled the kids to become familiar with the noodle making process and thus follow on with the legacy of a delicious meal.

Hai Kee, in the Fujian dialect, means “seaside”. However, what’s behind this hawker centre is the Batu Pahat River, and Haigan Street – a newspaper for the translation of the area. To local residents, the hawker centre is a historic building in itself has been standing for 40 years. Lo attests there is a lot of good food hidden within the hawker centre. “However, in the near future, the hawker centre will be forced to move and the lot will be part of an urban development plan,” he adds.

6. The Chinese Chamber of Commerce and Industry Batu Pahat

Initiated in 1908, the chamber bears the founding names of Xianda, Bao Shichen, Lin Taofen, Chen Taoyu, Gao Yucheng, Li Zhenping, Chen Yunyou, Yang Yunhe, Chen Ruihe, and Li Xianshi. It became the highest Chinese institution in time. There is a rich history behind the establishment of the Chinese Chamber of Commerce and Industry from the emphasis on mother-tongue education, to the structures surrounding the core building. The Chinese Chamber of Commerce Construction Committee was only established in 1928 when the trade and businesses were a stronger force with the presence of the gum industry, rice merchants and coconut merchants. The new club was completed in 1931.

These photographs also feature delegation members of SiCheng Theatre which was founded in 2006. The team aims to promote cultural performance art of the 24 drums and to divulge the skill and knowledge of the instrument. SiCheng Theatre expects to develop professional performing art groups that will grow to be popular and develop a strong sense of heritage.

This 80-year-old barber shop is being run by Zhao Boxiang, 68, for the past four decades. He is the successor to the business that was run by his parents. Lo shares that at the barber shop, you can find many aluminum soda cans that make airplanes, windmills, and peacocks.

“Since it was recently the Year of the Dog, I also tried to make a puppy with aluminum can,” Lo said.

At Xia Guang Li Fa, Lo adds, one can still experience old-fashioned haircuts and shaving services. “The talkative big brother Zhao shared the photos of his ancestors and the newspaper clippings that had been interviewed by the newspapers when we visited us!”

The Fabric Merchants Association building holds a history of 63 years, having been established in 1955. Batu Pahat local himself, Lo, said Jalan Budian (officially called Jalan Penggaram) was also called ‘Guest Street’, and these two names are more popular than their official names.

“On both sides of the street are the old shops of the Second World War, which have a history of nearly one hundred years. One of them has a multi-year history of gold paving, and it is engraved with the year 1916.

“At present, most shop houses still retain their original appearance, but some shophouses have been refurbished into new shop houses,” Lo said, adding that the 1970s and the 1980s were the heydays of “Budian Street”. People would flock to the shops and foreign goods stores in search of fabric or just daily necessities.

Lovin what you see here? Reach out to Sanren here:

Looking for more reasons to pick Sanren Studio or Rayson Lo and his team? Here are two more reads that you may be interested in: 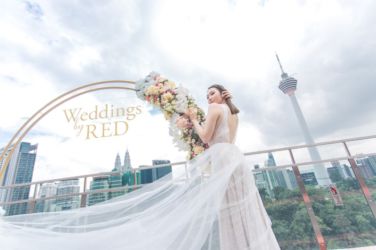 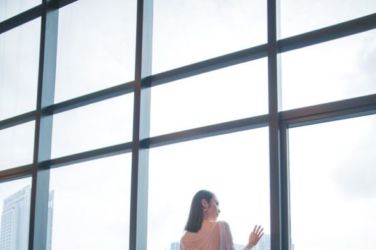 Peek-tures into what happened at RED By Sirocco Hotel, Weddings with a View event

Wedding with a View was a hit as attendees were educated about the finer ... 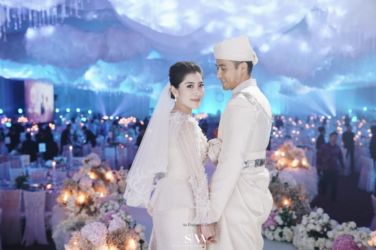 #chrysfaliqeverafter: Iconic wedding of the year

The trend #chrysfaliqeverafter was all over social media last weekend celebrating an iconic wedding ... The bright side of indoor wedding photography

You’re looking forward to your pre-wedding photography. There are two options to choose from ...