Want a red-carpet-ready bod for your big day? Who doesn’t! But while we all want to look amazing when we walk down the aisle, it’s also important to maintain a healthy and rational perspective on our workout and eating routines. (In other words, no starving yourself and working out for six hours a day.) To give you some sane pieces of slim down advice, we tapped Hollywood’s top nutritionists for their genius (and scientific!) tips and tricks.

1. Don’t use working out as an excuse to overeat.
Exercising does stimulate your metabolism and burn calories faster, says New York City nutritionist Charles Passler, who works with the Victoria’s Secret models. But if your main goal is weight loss, diet trumps gym time. “I cut one client’s exercise in half and reduced her calories accordingly, and she reached her goal within weeks,” he says.

2. Embrace the P+V plan.
Protein plus veggies is the key, says Passler. For every meal (including breakfast!) during pre-show weeks, his clients consume three to four ounces of protein (think grilled or baked fish, chicken, or turkey) plus two to three cups of raw (or one cup steamed) leafy greens drizzled with olive oil. (They also get two snacks between lunch and dinner, but don’t get too excited: They’re each two ounces of protein and one cup of greens.) The monotony will pay off. You can expect to drop as many as five pounds the first week and two pounds every week after that, says Passler.

3. Ditch the “C.A.D.S.” (carbonated drinks, alcohol, dairy, and salt)
Even if you’re not going chicken-and-veggie strict, at least cut carbonated drinks, alcohol, dairy, and salt. All can lead to major bloating, and you’ll notice a difference in as little as a day, says Los Angeles nutritionist Kimberly Snyder, who works with stars like Reese Witherspoon and Kerry Washington.

4. Water really is your BFF.
“Studies have shown that people who increase their water intake decrease their food intake,” says Passler. “If you think you need a snack, drink water instead. Then decide whether you were actually hungry or you just wanted to fill your stomach.” How much should you drink? Aim for half your weight in ounces daily, says Snyder.

5. Sleep it off.
Get at least eight hours a night, ideally between 10 p.m. and 6 a.m., which is when your body repairs itself and is primed to burn fat, says Passler. Plus, he adds, “when you’re sleep deprived, you’re probably drinking more caffeine, eating more sugar, and working out less, which is a perfect storm for weight gain.”

6. Get treatments.
Celebs know they can’t do it on their own. It’s no secret that celebs turn to professional trainers, chefs, as well as aesthetic doctors to obtain visible results, quickly. Through cutting edge technology in aesthetic medicine, one can obtain that perfectly lean and ‘sculpted’ body through a variety of non-invasive treatments, a whole lot quicker. Just make sure to do your research well and only go for the reputable ones. 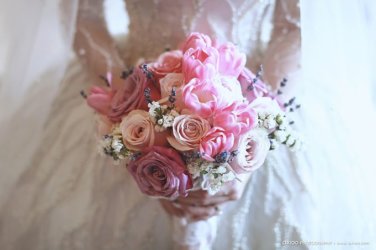 Keep Your Wedding Day Organised With These Tips

Having major mental-breakdowns because your big day is imminently close? Do you have too ... 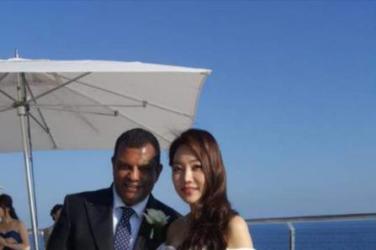 This Absolutely Extravangant Lebanese Wedding Is Grandiose and Spectacular

Lebanese couple, Sami Salloum and Martina Claire, had an extravagant and lavish wedding in ...