It’s the third time lucky wedding bell for Canadian/Hong Kong actress Christy Chung who marries her younger soulmate and sweetheart Golden Chang Lunshuo this 8th of November.  The couple shared their collection of stunning and creatively captured engagement photographs – all giving a glimpse of the fun and sense of humour the couple share.

Christy Chung’s traditional but most elaborate Chinese wedding dress known as ‘Kua’ took 2,200 hours of sewing, and she wears them with customary dragon and phoenix gold bangles, necklaces and rings to usher in a harmonious and prosperous marriage.  Christy shared that we would never have imagined getting married again, neither did she expect that they turned out to be the most fulfilling one. Despite their 12-year age difference, the couple, who met on a dating show, battled heavy criticism and announced their plans to get hitched on the same program. Christy had also told the media that she wants to have a child with Zhang, allaying whatever fears her in-laws may have on continuing the family line. Chung’s daughters have also reportedly accepted Zhang as their new father, as the actor assured his parents, saying

“Blood relationships are not as important as having sincerity and trust. We have become closer than ever and we will be happy living together.”

For the evening reception, the couple took to a modern celebration with an ‘Under The Sea’ theme, after Mermaid Got Married in 1994, a film role Christy was ever fond of.  Christy walked in with a dazzling mermaid gown with an impressive train cascading off her waist. Her 34-year-old groom complemented her in a simple white pressed suit adorned with similar shimmering embellishments.

In celebration for their mom Christy, new found love,  stepdad Zhang got together on a secret project with the three girls who is also flower girls to their beautiful bride mother to produce a new song, “Honey Honey” for Christy. The music video was aired just before the wedding.

Check out some of Christy Chung and Zhang’s dramatic and elaborate engagement photos, as well as those capturing the couple usual candidness. 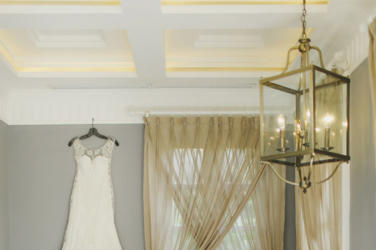 “Robert and Sarah were married during the weeks my calendar looked like colorful Lego ... 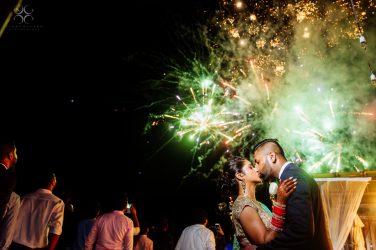 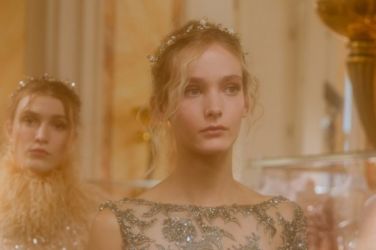